Posted on February 8, 2016 by Beertraveller

Vietnam in a global context. The question is if the local crowds demand for craft beer will rise fast like in Russia, where new breweries and tap bars are opening almost every month or a more moderate increase like in Germany. In Germany traditions come before curiosity and in most craft beer bars you will meet a lot of other nationalities than German. While Russian craft beer bars are dominated by Russians going nuts on all craft beer they can try. The beer industry is taken by surprise when Russia sailed up as a much more progessive nation compared with Germany when it comes to craft beer. What will happen in Vietnam? As it is right now, the beer market is moving very slowly when it comes to variety despite the massive volumes of beer beeing consumed.

Craft beer is exploding in Russia, a few years ago it was non-existing. Now most breweries covers a wide range of styles and tap rooms can be found at more than 40 places in Moscow.

Many breweries will open in 2016 in Vietnam but is it the traditional Czech and German styled breweries or craft breweries that will attract the new beer consumers. The Bia Hoi beer and bottled lagers got widely distributed during the 1950s in Vietnam. When the communism collapsed in Europe, the Vietnamese that returned home from East Germany and Czechoslovakia in the 1990s brought with them recepies and technology. That’s why there are about 45 Czech and German styled microbreweries in Vietnam. People can relate to German and Czech culture, which you can understand with all Czech and German motives surrounding the beer halls. 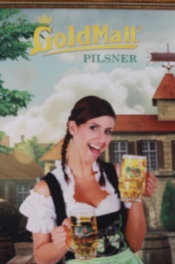 The year of the horse, 2014 was the year of change in Vietnam. Home brewers and beer consumers was ready for a renewal. The phenomenon with beer clubs, attracting the younger crowd became widely popular and importers started to look at other beer nations than Belgium. The first craft brewery opened in 2015 by american expats and a few places started to sell craft beer despite it was five times more expensive than a local beer.

The three main microbrew chains in Vietnam are Goldmalt and Hoa Vien Brauhaus with Czech beer and Legend beer with German. Some of their brew pubs are more like franchised and not part of the chain. Goldmalt have small breweries are building their own brewery systems and has recently installed a microbrewery in Japan. Legend beer have a handfull of places and have a central distribution. Hoa Vien is the only importer of pilsner urquell on keg and has put much effort on design and decoartion of their beer halls.

Long Bien is situated on the other side of the Red river if you are in Hanoi city. Take a cab or local bus to the Aeon shopping mall at Co Linh street, about 20 minutes from Hoan Kiem Lake in Hanoi. This has a similar style as Legend beer in My Dinh in Hanoi with modern and fresh design. 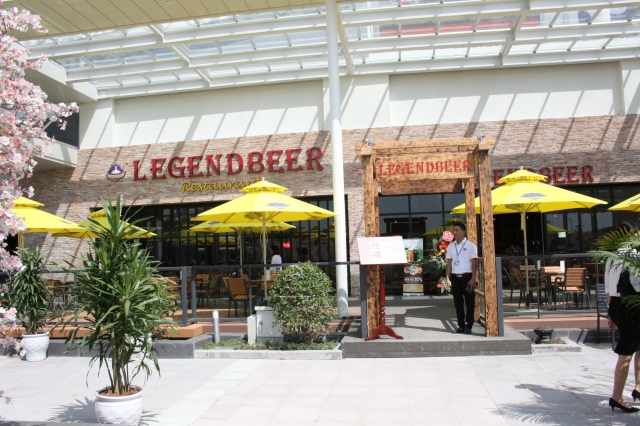 Legend beer has five places in Hanoi. Not all of them brewing on site. The oldest one at 4 Vu Ngoc Phan in Hanoi has a huge beer hall with the brewery inside.

Legend beer at 4 vu ngoc phan has been in operation almost 20 years and is crowded on weekends, often with live music.

Goldmalt has many ongoing projects and a new brewery has opened outside Ho Chi Minh City. Unclear exactly where. There are also rumours that at least one more has opened in central Vietnam. The old Goldmalt, a few hundred meters from the aiport in Ho Chi Minh City has opened again.

Restaurant Nhu Y (means Italian) is not new, but unknown outside Ninh Binh. Ninh Binh is a few hours drive south of Hanoi and is famous for the beautiful landscape. Beer is brewed at the restaurant and the beer style is defined as Czech lager. 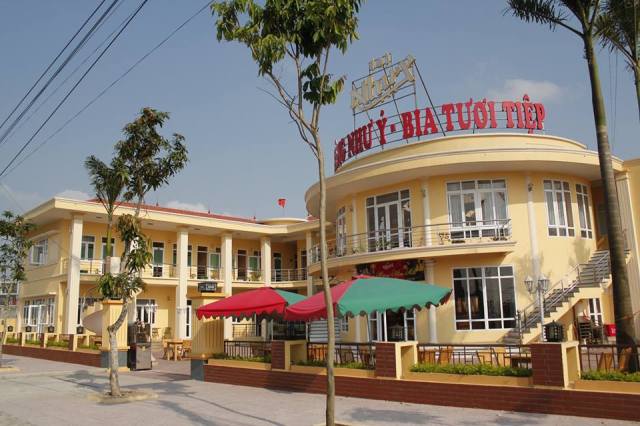 As the other local microbreweries, Czech craft beer is brewed accompanied with a extensive menu to be consumed in a big beer hall.

Beer brewed by your table

Most craft beer is today consumed by expats in Vietnam, mainly in Ho Chi Minh City. It is understandable when the average monthly salary in Vietnam is 150 US $. A glass of bia hoi costs about 30 cent, a bottled 33 cl Hanoi or Saigon beer costs 1 US $, while a glass with craft beer costs about 4 US $.